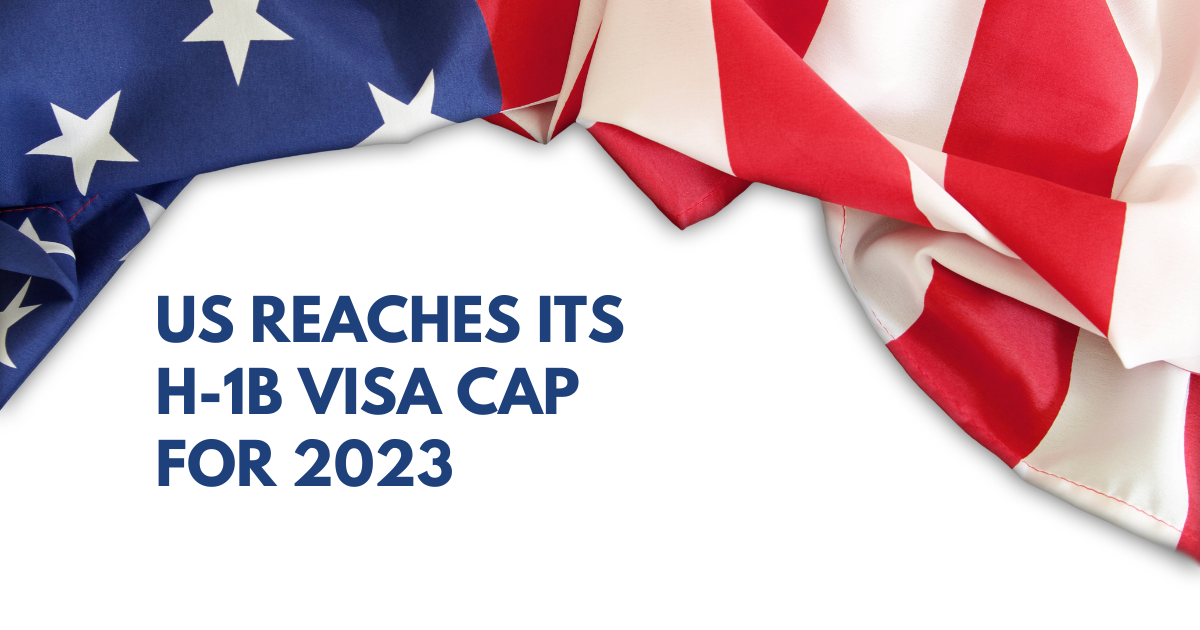 The United States government has reached its congressionally mandated H-1B visa cap for the fiscal year 2023 – meaning employers will have to wait until April 1, 2024, to start filing applications. The US Citizenship and Immigration Services (USCIS) announced that it had received enough petitions to reach the congressionally mandated 65,000 visa cap – necessitating the computer-generated lottery that would determine which petitions would be accepted first.

There are enough applications to fill the US

Under its Immigration and Nationality Act (INA), Congress mandated that a total of 65,000 visas be allocated each fiscal year to foreign workers with at least a bachelor’s degree in areas that are considered to be qualified occupations.

In addition to these 65,000 visas granted on an annual basis to immigrants applying outside of their home country – there are also another 85,000 slots allotted as Visas obtained by those who have applied inside their home country while still living abroad – though not subject to a Congressionally set cap.

The H-1B visa is a type of non-immigrant visa

US demand for foreign workers with specialized skills, such as in technology and engineering, has increased in recent years. To ensure qualified employees from abroad will be able to work at American companies, Congress instituted a limit on the number of H-1B visas granted annually.

This year’s quota has already been reached due to the economy’s growth and geopolitical concerns over talent leaving their home countries.

Approved applications can sometimes take six months or more before they are processed and issued to applicants, who must file before April 1st each year if they wish to start working at a US company that needs skilled workers starting October 1st explained US immigration visa consultant in Hyderabad.

Technology companies in the United States are reeling after Congress reached its mandated limit on visas that allow them to hire a population of talented and highly qualified employees from countries like India and China.

Roughly 10% of American technology companies can no longer offer employment to new graduates due to a restriction on America’s visa allotment, according to USA Today.

Although it is possible to argue that this is not an entirely bad thing given the severity of America’s mass exodus from STEM careers, many jobs cannot be filled by American residents. Indeed, at least 600 companies submitted requests for exemptions under specific circumstances before this cap was reached but have been unsuccessful so far.

The latest data show that more than a million people from India have applied for H-1B visas since 2017 (if not more). But it is now clear that it is highly unlikely – given this bottleneck in America’s visa quota – that even a fraction of these aspirants will get their turn.

The Right Number Of Petitions Was Met

The annual number of applications exceeded 220,000 this year, representing a 15% increase. This trend can be attributed to a skills shortage in STEM fields and more lucrative incentives. In response to high demand, the US Congress has increased the cap from 65,000 visas to 85000 to make room for more skilled workers in America.

The immigrant population will continue to face challenges as it competes with natives for jobs. But we hope that by planning, these challenges can be mitigated and eventually displaced altogether with successful integration into American society said a wishful US work visa consultant in Hyderabad.

The United States Citizenship and Immigration Services (USCIS) announced a fortnight back that it has reached the congressionally mandated cap of 65,000 H-1B visas for the upcoming fiscal year starting October 1, 2023. Last week, USCIS also received more than 20,000 H-1B petitions from foreign nationals seeking an exemption from the cap under the U.S. advanced degree exemption (commonly known as the master’s cap). Because of this, USCIS will use a computer-generated lottery system to select enough petitions to meet the 65,000 caps further said a US immigration consultancy in Hyderabad.

Know About Germany Study Visa and Immigration Consultants in Hyderabad

We Help You With UK, Europe Study Process In Hyderabad – Know more